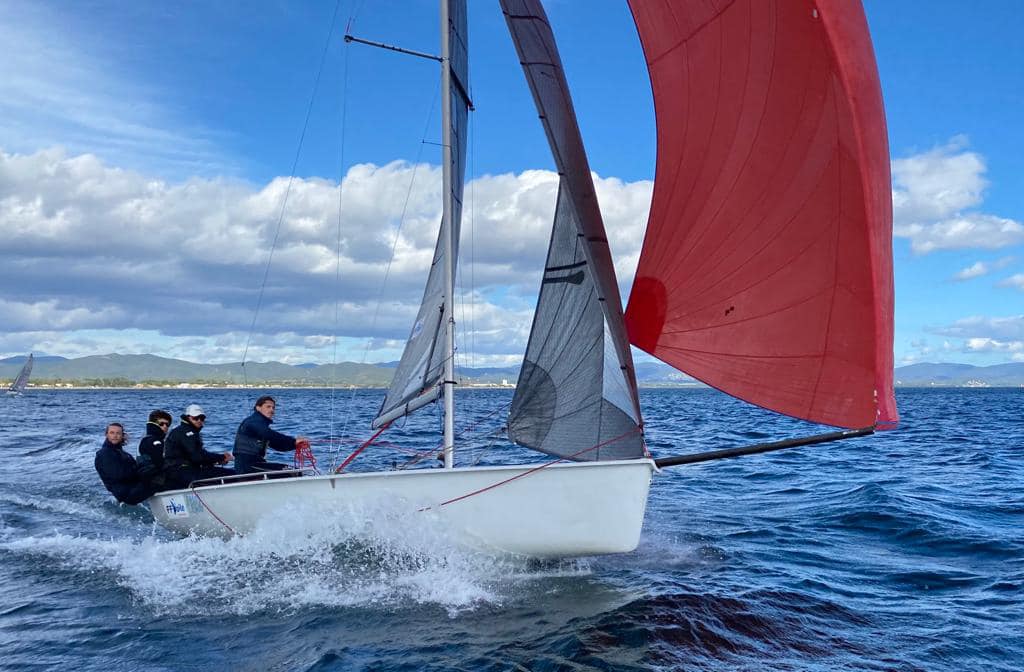 Earlier this month (4th – 6th November), COYCH in Hyères welcomed 11 boats for the French National Championship 2022. Three days of racing concluded in varied wind conditions ranging 20- 25 knots on the first day to 5-6 knots on the last day. The participants were treated to the mighty Mistral on Friday, which provided spectacular downwind battles as well as less windy days on the bay, enjoying some late autumn sun. The competition has been tough and young sailors are keeping the fleet veteran sailors on their toes.

Friday sailing was almost cancelled because of the Mistral, but the Race Committee decided that the conditions were still within the SB20 class guidelines of sailing, when the wind is under a constant 25 knots with gusts above that. The first race started in about 18 knots steady with gusts over twenty and the full Mistral blew in during the second beat to the weather mark when the gusts were coming in over 25 knots. The second downwind ride had everyone grinning from ear to ear back on shore and Ian Garreta’s team the most who came out on top.

Youth team FFV 1 of Ian Garreta, sailing with Julien Bunel, Vicenç Girodeau and Nicolas Salvage performed their best in 7 races. With three bullets and three 2nd finishes the team has benefited from one discard and finished the regatta on 9 points. The discard has allowed for some slack in the last race that they finished 7th with a 4-point advantage ahead of Black Magic of Pierre Yves Lambert, who has scored two bullets overall and had the rest of the results in Top 5.

Did the experience in Dublin pay off for Ian Garreta? We’ve seen his team sailing in the top 5 spots winning a race on the last day and overall they finished 10th at the SB20 Worlds in Ireland. In their first ever international event at such a level, they were the best French team and 2nd Youth team in this large fleet. 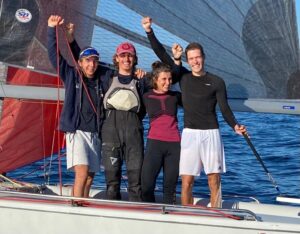 Third place went to team Ange with Ange Delerce at the helm, who had an unfortunate DNS in Race 1 when the committee started on time and did not wait for the late arrivals. Ange sailed with Matisse Pacaud (2022 470 Youth World Champion and 4th at the 470 Worlds in Israel in late Octobre), Julia D’Amodio and Sylvestre Morghen De Giuli. They sailed a top 5 consistent regatta for the next 6 races having won two races with the worst result in 5th. Ange is a new FFVoile Youth team that is running for the French Youth SB20 selection sports for the Netherlands Worlds in June 2023. This was the first “test drive” in the SB20 for Ange, usually a 420 sailor, but he will be getting some more experience with his team at the coming Dubai Duty Free regatta in early December.

A big Welcome Back to Helene Urrutti who was helming Alain Roig’s Rapsodie (3721) – Alain is the most senior member of SB20 French class and will be celebrating his 73rd birthday this December. He also rides his bike 3-4 times per week averaging 100 km outings. According to Alain, «less than 4 hour bike ride is a waste of time»! Helene’s team wasn’t complete without Robin Desserouer, the FFVoile regional based Youth coach.

French Sailing Federation has always provided the SB20 Class with strong competition and rigor that youth teams bring to our international events. With these two new teams the Class can be sure that there will be more high-level racing coming from France and a potential threat for stealing the trophy. 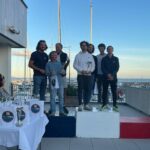 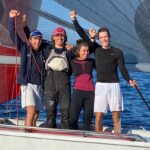 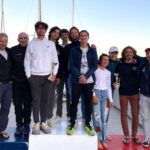 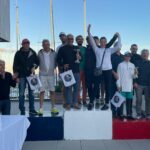 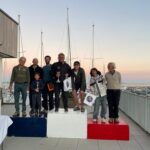 Ed Russo, French SB20 Class chairman commented: «It was a great event to close the season – as usual Hyères has granted us with stunning wind conditions. Starting with Mistal on Friday to an easterly on Sunday with barely enough time for the Race Committee to set a new course when new wind has filled in. The Youth teams are getting stronger and the SB20 World Championship calendar from 2023 to 2025 (2023 – Netherlands, 2024 Dubai and 2025 Singapore) provides them an great opportunity to sail in special locations with strong SB20 fleets».

Link to the results.