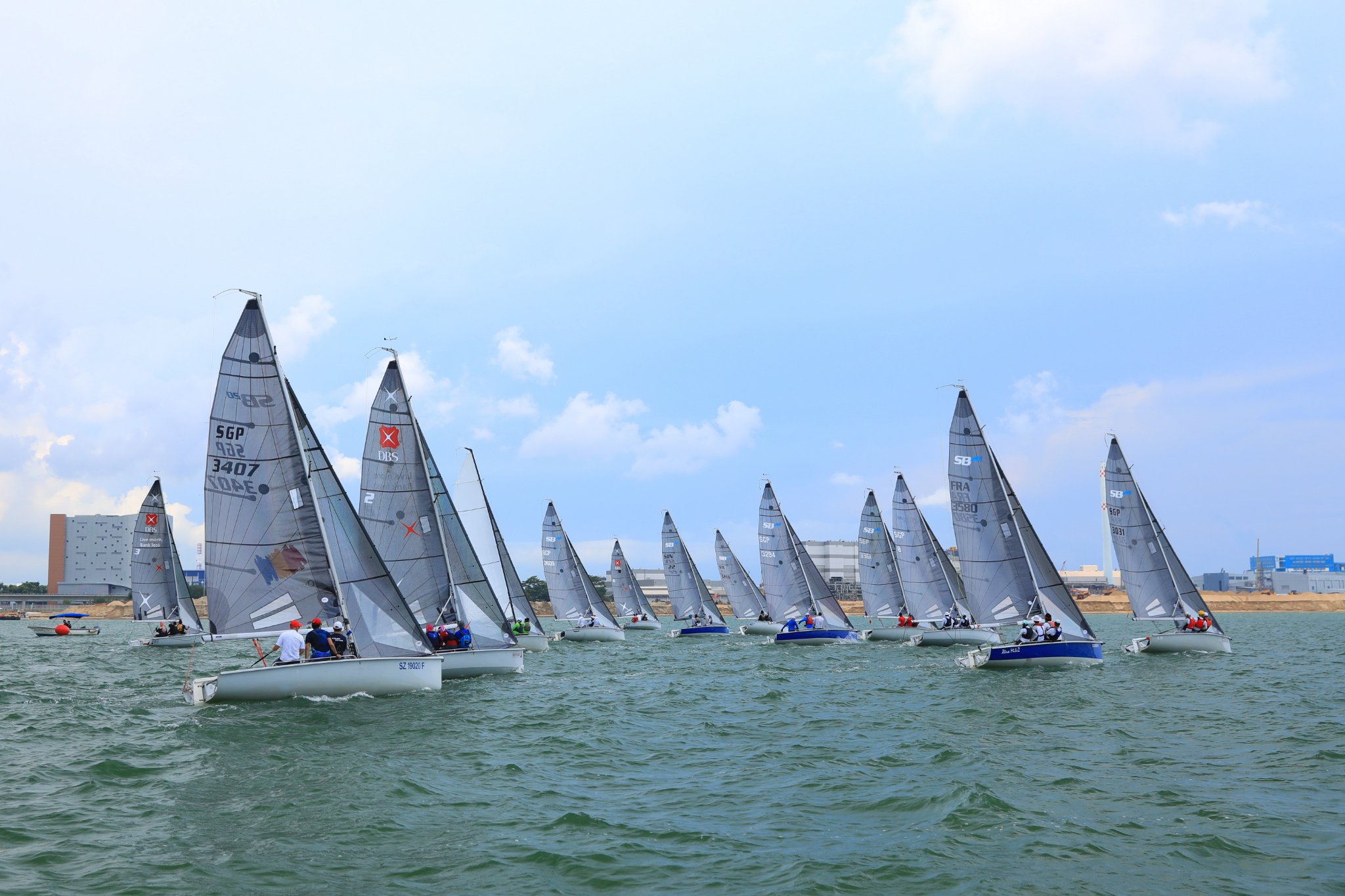 Each day was slated to see five races, but weather conditions proved difficult to hold the full five for each class, making every mistake more costly and every good move truly count. Despite the tricky weather, sailors put on a fantastic display of grit and skill throughout the series.

The WCSR has had a long history in Raffles Marina, taking place as early as 1997. However, the series had be put on hold for three years since the pandemic broke out in 2019. A total of 35 boats from five keelboat classes; 10 Hansas, 5 PYs, 4 IRC, 2 J24s and 14 SB20s took to the waters off Raffles Marina for the three days of racing.

The class which saw the most boats, the SB20s started off their race with tricky conditions: shifty winds and strong currents. Seeing the boats navigate these conditions kept onlookers on edge with an amazing display of skill and familiarity with their boats. Many struggled with the cards mother nature dealt, but Juicebox braved them with surprising ease and claimed their win.

The SB20 Class saw three races on Day 2, all with an intense start, with everyone fighting for an edge ahead of the rest. Juicebox pulled off a clean sweep with dominant performance throughout the day. Juicebox was followed by Tara and Xtra Mile 2, after nail-biting close finishes. Race two was intense, with the collision of several boats near the race committee boat, leading to a general recall followed by a black flag.

The SB20s started their 3rd day off with a clear but competitive start. JuiceBox started off with dominant performance. However, a mistake proved costly as they crossed the start line early, incurring a penalty resulting in them conceding first to Xtra Mile 2, who emerged champion of the day’s races.  Overall champion was team Juicebox.

20 August 2022 was the last day of the 23rd SMU-RM WCSR, and ended in spectacular fashion as sailors, friends and family gathered at Raffles Marina’s ballroom to enjoy a gala dinner, which included dance performances and a charity auction to raise funds for the Sailability programme by Singapore Disability Sports Council (SDSC). SDSC is a non-governmental organisation and a charity that helps to train sailors with physical disabilities and those recovering from mental illness. It was a night of laughter and joy as sailors celebrated their wins, all while contributing to a good cause. A Memorandum of Understanding was also signed by SMU Provost Timothy Clark, and Raffles Marina Vice President Loke Yuen Piew to continue another three years of partnership between Raffles Marina and SMU. At the end of the festivities, a cheque of S$11,225 was presented to SDSC representative, Paralympian and Sailability Coach, Mr Jovin Tan, by Mr Clark and Mr Loke.