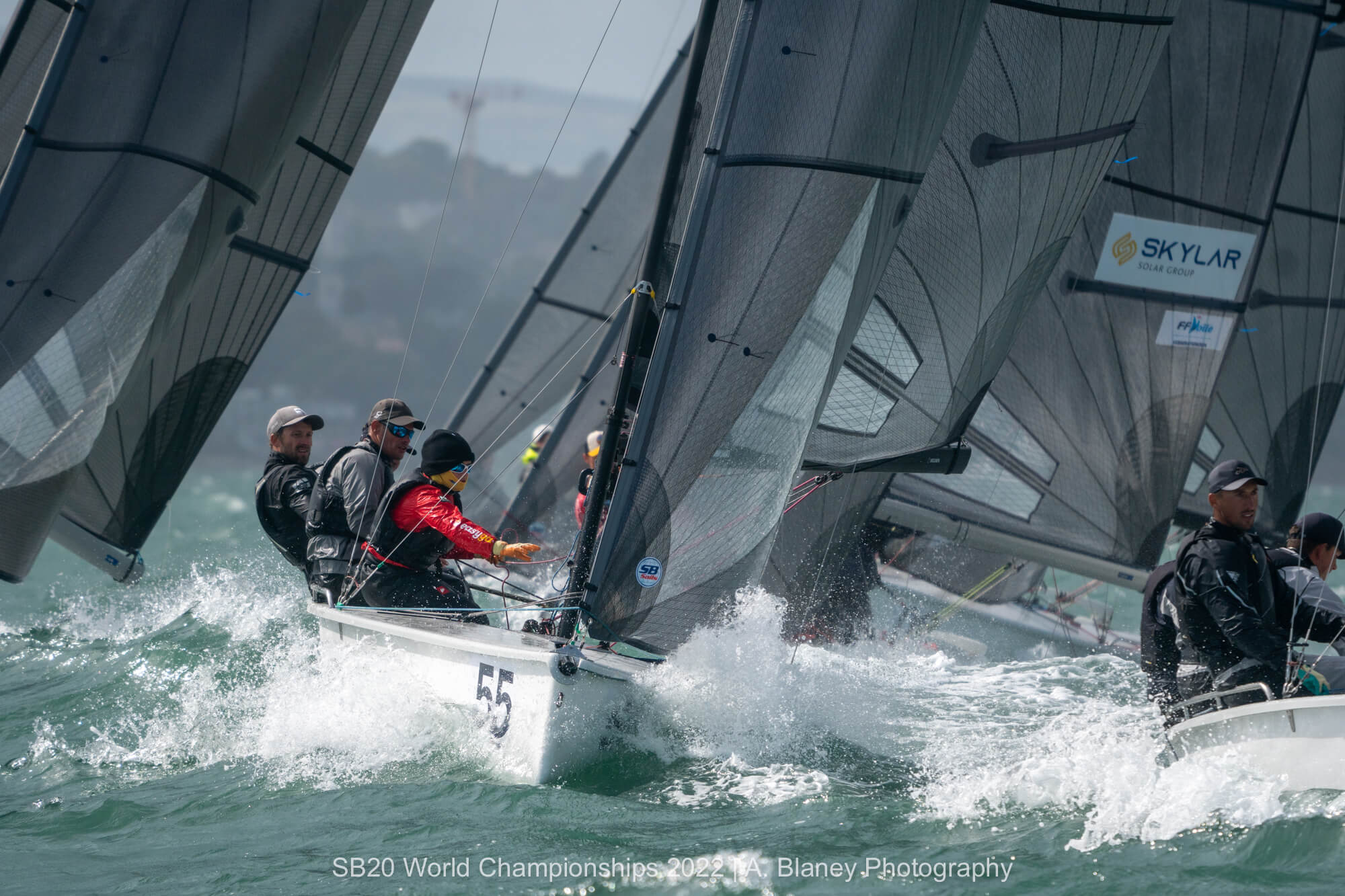 On the second racing day, third day overall here in Dun Laoghaire the waves were still big and the winds remained in top teens and twenties. After a short waiting ashore the fleet was sent to the water where the start of Race 4 was called already at 13:15.

After two general recalls in about 20 knots of breeze Race 4 was under way. In the first upwind rounding 3J’s team from the Netherlands was leading, slow on spinnaker hoisting they were quickly overtaken, first by top Irish team TED (Michael O’Connor) and then by Glasgow Kiss. On the second downwind run the positions have changed and after gaining on the upwind run team AP Hotels & Resorts was rounding already in top three. After that it was a battle to the finish line between them and Glasgow Kiss resulting in almost a photo finish of the two, AP Hotels being half a boat length closer to the line. TED finished third after gybing too late. 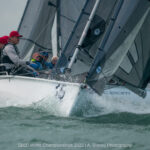 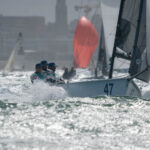 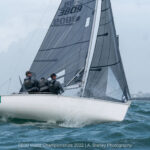 After the first racing day team AP Hotels & Resorts were sitting 7th with a 5th, one win and a 22nd result, which now became their discard. So what do we know about them? That they come from Portugal, from a picturesque town and a sailing mecca called Cascais. The local Club has been running SB20 Cascais Winter Series for about 10 years now. The events became so popular that many Class sailors move their boats there for the cold season back at home.

And that’s where they all meet AP Hotels & Resorts skipper Jose Paulo Ramada. Even if he doesn’t start a regatta with a win on the first day, his name will be among the top results by the end of it. The story here is one of a movie scene: Zé Paulo (as everyone knows him), one of the best in Cascais is stuck without a boat ahead of the Worlds. One day after a local regatta he is approached by Artem Basalkin (tactician onboard VIS Sailing team – winner of 2018 Europeans here in Dun Laoghaire), who has a boat ready and within a week before the Worlds they make up a team. And after two days of racing in the World Championship they are leading the fleet!

Does this phenomenon of spontaneous arrangement with the perfect “Cascais weather” in Dublin make it a winning combination? Hard to disagree. This is not the only example, because then we have Vasco Serpa, winner of Race 5, who also comes from Cascais. Seems that these Portuguese sailors felt like home in these conditions and just enjoyed the “wet and wild ride”. 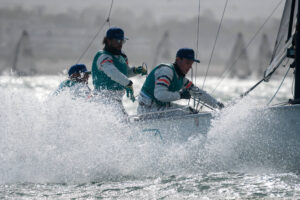 In Race 5 you would see Vasco Serpa in the 4th place on the rounding, but already on the second downwind he would have caught up a few places and storm off the windward mark surfing down through the waves. He had a fantastic race today resulting in 4th place overall. Glasgow Kiss was second in Race 5 and AP Hotels & Resorts third. Tasmanian Youth team Ares of Will Sargent finished behind them in 4th, placing them 5th overall. 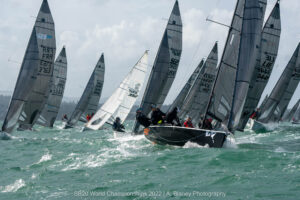 “Lovely day of sailing on the water with the breeze on again between 15 and 25 knots sometimes. It was very good fun, especially downwind, we had good wind and we could surf the waves. It was very exciting! I think the guys from Singapore (Glasgow Kiss) sailed best today. The key was to go on left hand-side on the upwind giving good lines approaching the mark. For us playing in the middle, we didn’t have good chance to get through,” – commented Jonathan Lobert, Olympic Bronze medallist, tactician and coach onboard Skin in the Game.

Day 3 made it perfect not only on high competition and adrenaline pumping throughout the racecourse. The Race Committee and the Jury team made it smooth and enjoyable even in the situations of general recall and mark rounding incidents. This is where it feels that we are sailing a World Championship and Chief of Jury Cxema Pico reminded the sailors about it before racing. This level is maintained by fantastic work of PRO David Lovegrove and his team. With this always-present pressure of fitting as many races as possible per day, the RC took it easy. A sigh of relief was heard, mostly from the bow crew, when the third race for the day didn’t happen.

And after all the sailing, sometimes accompanied by friendly dolphins and seals in the bay, we get to come back to the Royal Irish Yacht Club. Here not only the hospitality level, but the work of the operations and office team makes it one of the best places to be – on and off the water!

After two days and five races that give one discard the points game kicks in. We witness the top two teams tied on points with the third only 1 point away from them. With lighter winds on the forecast, let’s see how the game unfolds and who gets the gaming right!