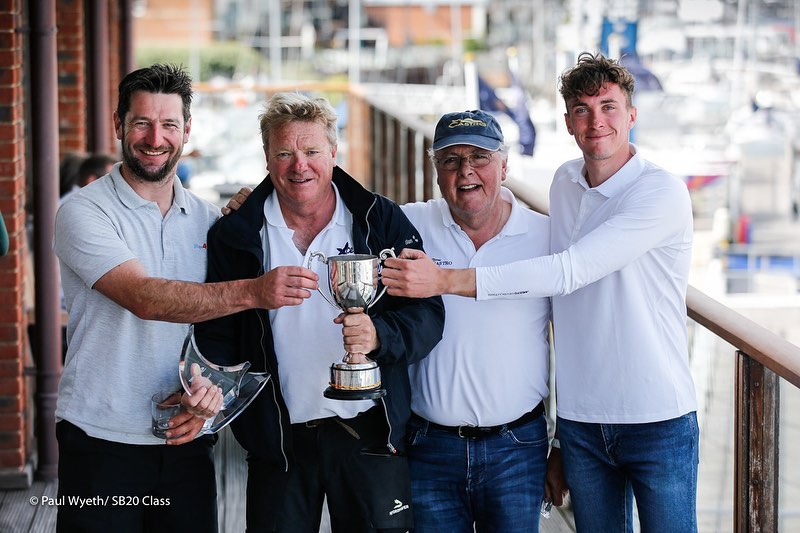 The SB20 UK Fleet gathered on Thursday 30th June at the Royal Southern Yacht Club for the UK Nationals Sprint Championships. Six rapid fire windward-leeward races in a decent South Westerly and building would be a great way to practise for the 3-day UK National Championships starting the following day. 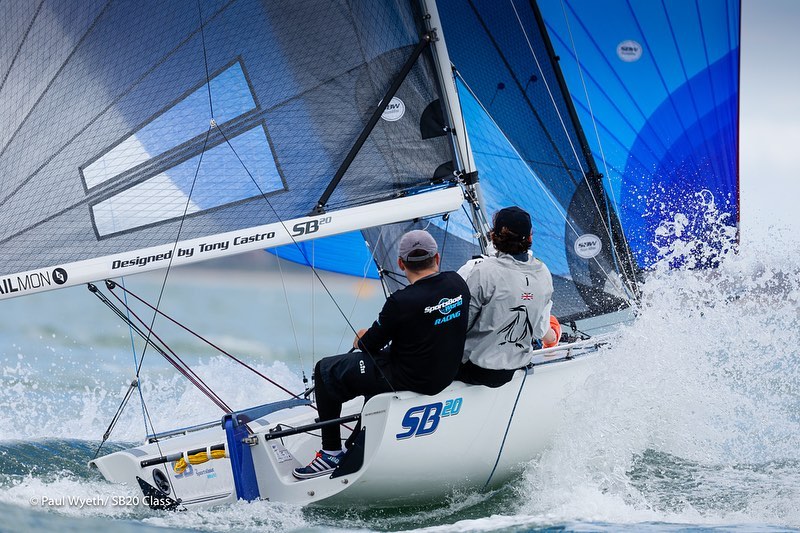 Entries included John Pollard without his regular crew (this time sailing with Ian Turnbull and James Grummett), Charles Whelan and Richard McAdam with Chips Howarth on board, Mark Gillett and Class Chairman Paul Hine and a certain Geoff Carveth, Simon Berry and his usual well drilled crew, Mark Brammer from oooop North, Phil Tilley our Class secretary on his new anniversary boat, Lizzie Farrington and her all female crew and Sarah Kemp, Patrick on Team Amica, Robin Kirby, Andy and an all family boat Orkun Sayer sailing with his wife, son and daughter on the UK Class Charter boat.

The sea state was lumpy and the breeze building as we made our way out for race one and it was a day for flat sails with twist and good boat handling, who would prevail?

John Pollard jumped out of the blocks taking Race 1, Mark Gillett in his new boat taking Race 2, John then took Race 3, Mark race 4!! John was having to work. The entire fleet was grafting and having to finesse their skills to get around the short 2 lap (15 minute) course and it was tight and getting tighter for the whole fleet, biggest smiles coming from the family boat.

In race 5 John took the win and could it come down to the final race? 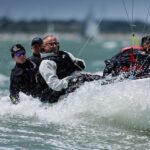 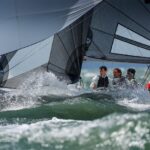 In race 6 John once again showed his Class and roared ahead on the downwind leg and didn’t look back taking the title and Charles Whelan secured 2nd place in the race to set himself up nicely for the days ahead.

Moving into the Nationals more boats joined the party, Ollie Hill with his young student-filled boat and Liam Pardy from Sportsboat World, also joining was more breeze from the West, no rest for crews this week end!

9 races scheduled with one discard and after the excellent work from the Race Team there was no doubt it was going to be a cracker. Charles Whelan hit the ground running winning race 1, John finished 5th, Ollie took 3rd taking advantage of his time on the water from Round the Island. 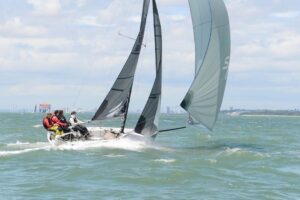 Race 2 saw an unfortunate injury to Phil and some great seamanship and sportsmanship from Team Amica going to his aid. Recovering him from the water and then administering first aid so he could sail back to dock. A real demonstration that the Class promotes all the values required, well done them.

Day 2 and the conditions were similar, a building breeze, planning conditions, fast and fruity, unfortunately Phil wasn’t able to join the fray requiring a bit of attention to a potentially nasty hand injury, the fleet wished him well, following the award of outstanding class contributor the evening before.

Mark and John had better days levelling the contest and Sarah led the Ladies helm fight, Julia on #GameChanger was hoping to join this battle but was at a bigger one supporting her Country folk in Ukraine, the SB20 Class stand fully behind Ukraine in solidarity and we hope to see her and her crew at the Worlds in Dublin later in the year. 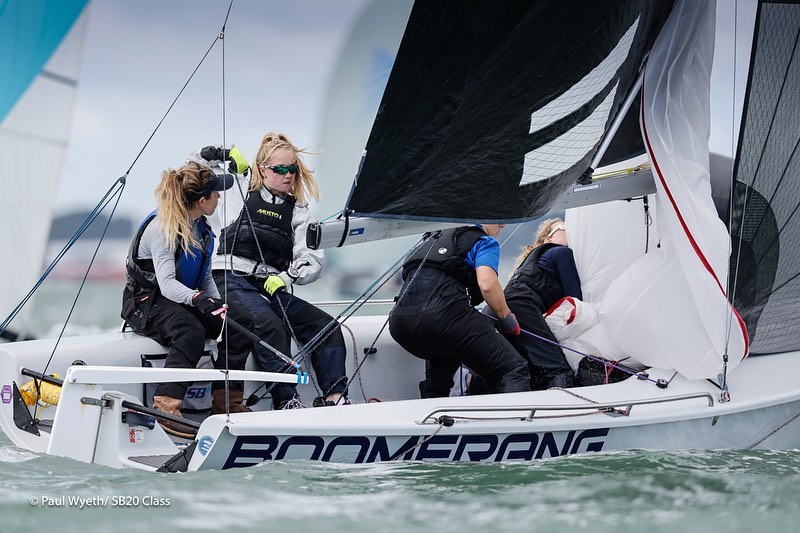 So, Day 3 and all to play for, would John prevail, could Mark take advantage with his very accomplished crew Geoff Carveth, would Charles have another smoking day, who would prevail as leading Lady helm, how much more fun could the family have? Would Robin, Simon, Andy, Mark B and the fleet triumph with mini battles going on throughout the fleet?

The breeze was lighter, just, the sea flatter, just, the sun beamed through and the Solent was alive with boats it gets no better! Black Flags fluttered, boats hit form, corners got tighter this mattered, but finally we had confirmation John had won the UK National Championship’s his hardest win yet he would state later. 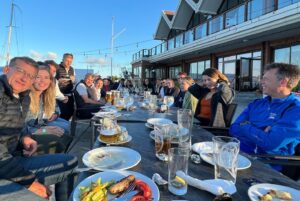 Charles and Richard had deservedly beaten Mark Gillett into 2nd, Simon Berry had pulled himself through the pack to 4th with an awesome final day pipping Ollie Hill our Youth Champion by a point.

Lizzie and her all girl team deservedly took the Ladies trophy and everyone congratulated the Orcan family.

See you at the Worlds in Dublin if not before in the Solent, everyone and thank you James and the team at the Royal Southern.

Finally, if you want to see what fun was had please visit Paul Wyeth at pwpictures.com or charter the SB20 Class Boat and you won’t be disappointed.

Full results can be found here.