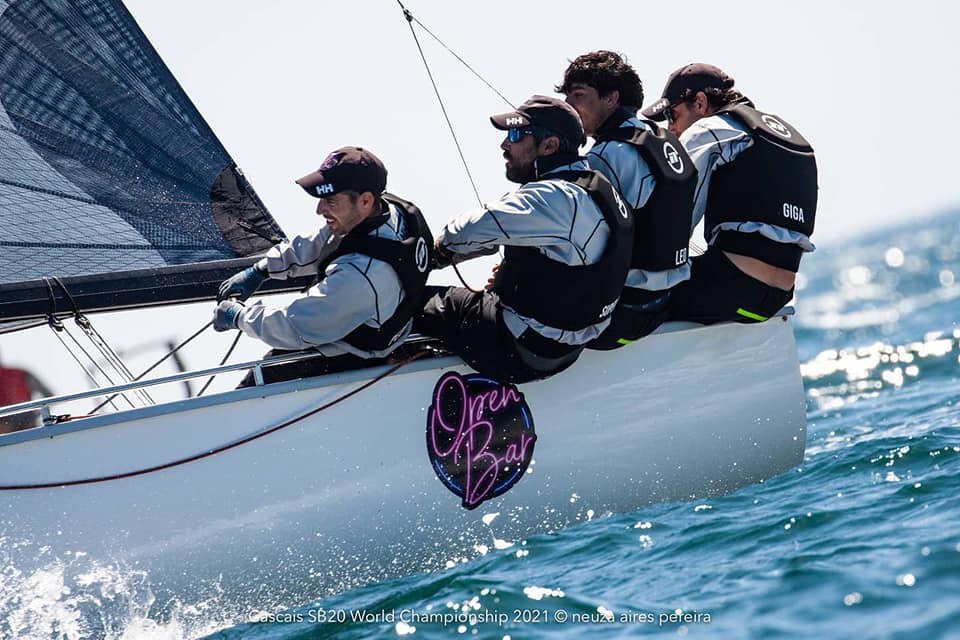 Portugal, Cascais, the Clube Naval de Cascais and the Portuguese sailing community can all be proud of the success that constituted yet another World Championship of the sport held in Cascais waters. Over an intense week, the more than two hundred sailors who travelled to Portuguese territory to participate in the Cascais SB20 World Championship 2021, from no less than thirteen countries (Belgium, Brazil, Spain, Estonia, France, England, Ireland, Netherlands, Portugal, Russian Yachting Federation, Singapore, Switzerland and Ukraine) provided an excellent spectacle for all lovers and connoisseurs of the competition, fulfilling twelve races full of action and fiercely fighting for the best positions.

On the closing day of the event, the one that ended up deciding the top places in the overall ranking, the last two races of the World Championship were held dedicated to one of the classes that most sailors have conquered in Portugal in recent years, and which continues to grow in an accelerated and sustained way. The 66 boats in competition decorated the Guia race area in a unique way, returning Cascais to offer the teams another excellent day of sailing, also thanks to the excellent weather conditions: clear skies and radiant sun, very pleasant temperatures, and the wind blowing from the north-west quadrant, with an intensity of 10-13 knots. 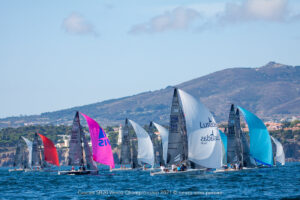 Thus, the victory in the first race went to Nils Razmilovic’s Glasgow Kiss, with David Salembier, representing the Royal Hong Kong Yacht Club and the CNCascais sailor, Pedro Andrade, with Quebramar, from the Cascais Naval Club, in second place, with Rui Brites at the helm, accompanied by Pedro Costa, Patrícia Bastos and Martim Fernandes. Third position went to what was, perhaps, the main team of the competition, the Open Bar, by Henrique Haddad, with Mário Trindade, Leonardo Lombardi and Pedro Caldas, also flying the flag of CNC.

In the final race of the Cascais SB20 World Championship 2021, John Pollard’s Xcellent first crossed the finish line with Steven Procter and Rhos Hawes, from the Royal Torbay Yacht Club, from Torquay, England. They was followed by the MST team of Vasily Grigoriev, accompanied by Maxim Kuzmin and Mikhail Markin, representing the Pirogovo Golf and Yacht Club, with third place falling to ted, manned by Michael O’Connor, in the company of Davy Taylor and Ed Cook from the Royal St George Yacht Club, Dun Laoghaire, Dublin Bay, Ireland.

After all this, and after another third place in the penultimate race, the Open Bar team took the opportunity to discard the last race of the event from its results. Henrique Haddad, with Mário Trindade, Leonardo Lombardi and Pedro Caldas are the new World Champions of the SB20 Class. A title that rightly fits them, especially as they were the team that won the most races (four of the twelve races held), finishing with 78 points. 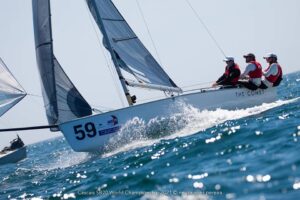 Thanks to the good performance at the end of the championship, especially in the last two days, the Comet/Space Cobras, of Liza Zherebetsova, Artem Basalkin, Andrey Klochko and Andrey Tukalov, of SVMS Saint Petersburg/CSKA/CSPSKS, managed to progress in the table until they finished with 117.2 points, which guaranteed them second place overal. The final place on the podium went to one of the most consistent crews of the entire event, Estonia Delight, led by Tonu Toniste, Toomas Toniste and Andres Viisemann, who finished with 119 points.

As for the crews that represented Portugal, the best was the Madeira Islands, from the Associação Nautica da Madeira, led by John Tavares, in the company of two CNCascais sailors, Bernardo Freitas and Paulo Manso, who were 5th place overall. In 10th place was the Youth Team Portugal/Marisco na Praça of Henrique Brites, with João Bolina, Luís Pinheiro and Rafael Rodrigues, from CNCascais. 12th position went to Another Affair, by Tiago Morais, Miguel Oliveira and Francisco Oliveira, from Clube de Vela Atlantico; 16th place went to inetum.~#PositiveDigitalFlow of Manuel Marques, with Hugo Mastbaum and Luis Queiroz, from CNCascais; closely followed by the Solyd Sailing Team, the SB20 National Champions, Vasco Serpa, Joaquim Moreira and Pedro Costa Alemão, from CNCascais. 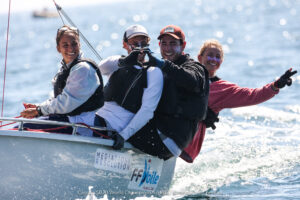 Satisfaction, too, for Paola Amar, helm of the Shifter Pro Youth France, who on board took the top-ranked female crew: “It was a long, hard week, with good sailors, and we enjoyed it a lot, and I think we were lucky with the organization, which knew how to take full advantage of the conditions for the event. It was complicated for us, because we didn’t train before the championship, at least with the whole team together, and so, in the end, we are satisfied with the results achieved. Thanks to Cascais and all the people who organized the event.”

After five days of intense competitive intensity, the participants in the Cascais SB20 World Championship 2021 gathered at the base of the Clube Naval de Cascais for the traditional awards ceremony, as usually followed by the always so appreciated moment of healthy interaction between everyone. – the best way to close the event. It should be recalled that the realization, by the Clube Naval de Cascais, of another Sailing World Championship, which brought together some of the main names of the SB20 class, both nationally and worldwide, was only possible thanks to the sponsorship of the City Council of Cascais, Turismo de Portugal, IPDJ, Portuguese Sailing Federation, Leitão & Irmão, Vista Alegre, Solyd, Sagres, Simões & Gaspar, Lusíada Saúde, Clarins Men, Clarins and JCDecaux.