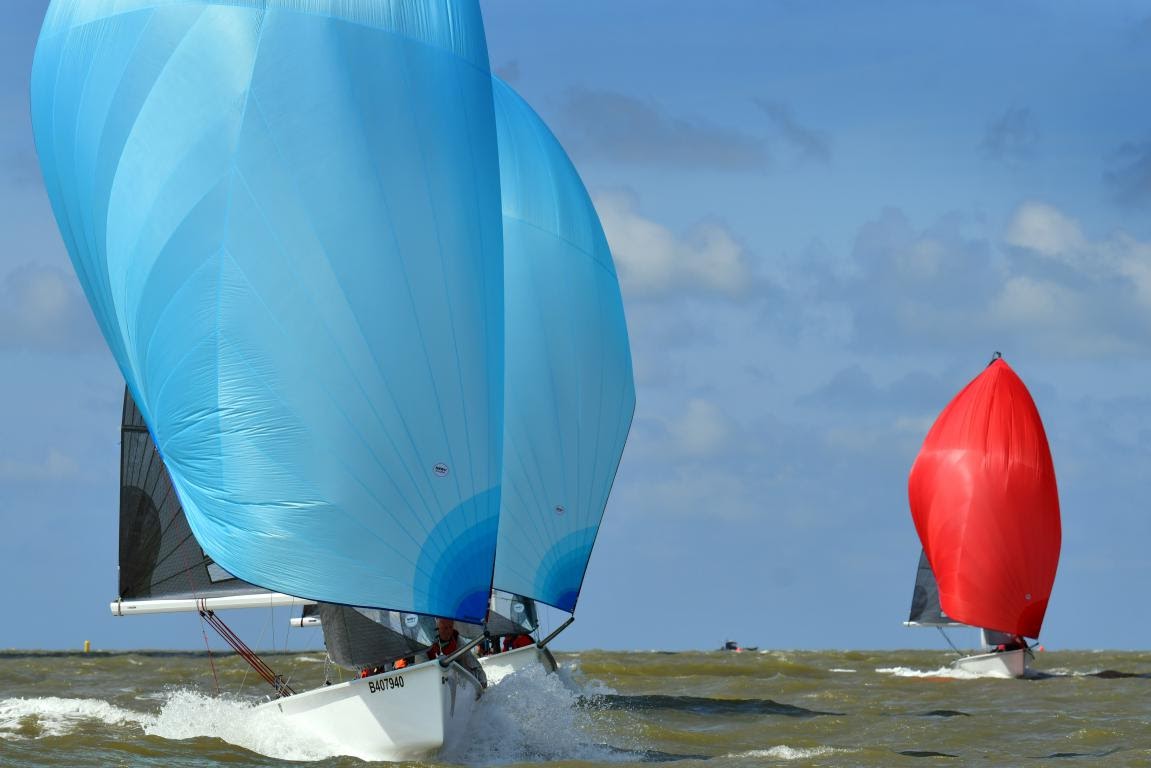 Between the 8th and 10 of July 2022 the Royal North Sea Yacht Club welcomed a quite international fleet for the OBK’22 (the Open Belgian Championship 2022), including local boats and guests from the Netherlands, France and even Liechtenstein. We repost a translation of the final report posted by the Club:

The overwhelmingly warm weather of the weekend put the fleet of 17 SB20 teams to a test. One day the turbo mode went on and the boats sprayed over the meters-high waves. On others it was patiently waiting for the breeze to sail the last two of the 9 series in total. They would decide who would get the gold medal around their neck. It was a real match-race between team Van Driel – MXTC (NED 3714) and team Tytgat – Go with the Flow (BEL 3762).

Due to the decreasing wind, three races were sailed on Day 1. Even then it was clear that  “Go With the Flow” team (Tytgat – Geirnaert – Woutters BEL 3762) would have to compete against at least 3 strong Dutch teams (Van Driel NED 3714, Stroo NED 3446 and Ruyten NED 3041) and a French (Moulin ( FRA 3534). The sailors from Toulon came to measure the water temperature in the North Sea as the following year the World Championship will be in Scheveningen, the Netherlands.

The Ostend “7seas Team” (father and daughter Dobbels – Cnudde of Swolfs BEL 3716) were leading by sailing into the top three with 3/8/3. Daughter Delphine later called this a strong emotional experience on the jetty.

Planing over the waves

The spiciness that the weather forecast had promised did come true on day two. Winds above 23 knots have been pushing waves for several days all the way from Scotland. Especially in series 6 and 7 the boats started to plane under their 46m² gennakers. In these conditions, the Dutch teams show their control of the boat at full speed. The overtaking maneuvers are nothing short of spectacular. Team Ruyten skims past the boats in front. Team Broach TU Delft (Westerhof – Mullink – Cheizo – De Bruijn NED 3340).

But team Van Driel is and remains unapproachable, they win all series and that one false start will be deducted in the general classification. Bart Tytgat looks sullen. Except for a win in the first of these four races due to two sixth places. Wrong options and a crew that isn’t quite attuned to each other yet. Especially in tough conditions, automatics are of great importance to maintain the top speed and in the meantime also look around to see where exactly the opponent is. 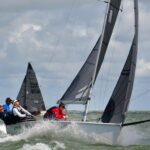 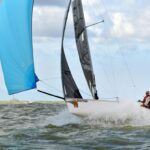 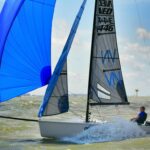 Match race for the medal

After a long wait, there was a very little sea breeze on Sunday, enough to sail the shortened course with the diminishing current. For team van Driel the goal is to control team Tytgat but score well themselves to consolidate their 4 point lead. The opposite applies to team Tytgat: to win two races and hope that they will stay far ahead of the Dutch. There is also a lot at stake for the bronze between the Frenchman Moulin and the Dutchman Ruyten.

Although the French excelled in this light weather, the 2nd and 3rd were just not enough to finish ex aequo with team Ruyten in the general classification. 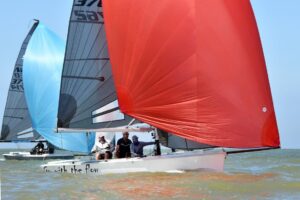 Tytgat wins the penultimate round, van Driel finishes fifth. The decision for the gold will fall in the final race. In fact: the two sails are a real match that remains exciting until the last meters.

Go with the Flow is the first to round the upwind buoy, MXTC overtakes the Belgians on their way to the downwind finish, almost side by side both boats arrive at the finish line. MXTC can take the inside bend over starboard to set off the finish signal with a boat length for Go with the Flow. The gold goes to the Netherlands! 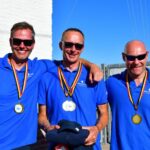 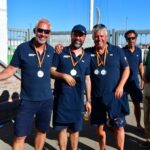 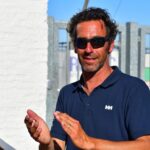 Marco Van Driel is surprised by the victory. “The top five of this OBK regularly compete against each other, including in Scheveningen. The results sometimes change. But now we were very evenly matched. We sailed very little as a team ourselves,  because of Corona and other stuff. Apparently we haven’t lost the routine. That makes a difference.”

Bart Tytgat realizes that some decisive details were not quite right. “Clearly we need to get even better attuned to each other. Luc is in fact new on board. It’s a matter of finding time to train.

Tytgat is looking forward to the World Championship of the SB20 class in Dun Laoghaire, Ireland. “Being able to sail against the professionals there is very instructive.” he decides.

“For many it has been a long time since they have been able to sail this extreme,” – says SB20 Belgium inspirer Céderic de Bleye. “Our RNSYC race team laid perfect courses, there was maximum logistics service for the participating teams, and when it comes to after sail atmosphere and hospitality, we score the best with a successful BBQ and a genuine mussel souper à l’Ostendaise.”

Click here to review the OBK SB20 on Trac-Trac